→was established by UNAFEI alumni of the Philippines in March 1993

He participated in the 89th UNAFEI international training course in 1991.

Mr. Gana expressed his gratitude to NWLC, ACPF Nagoya and ACPF Headquarters for their support of the activities of PJHH.

MGLC reported its consecutive assistance to PJHH activities (donation of daily goods and dispatching lecturers of the training programs).

ACPF is considering its inspection visit to Phil-Japan Halfway House in March 2019. ACPF members are most welcome to join the visit program. ACPF will send the members information on the trip later. 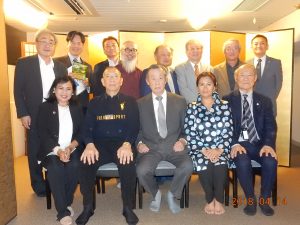